Roll in a Day / Day in a Roll project 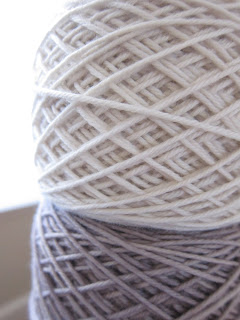 A bunch of photographers run all over the globe with their film cameras (read: NO digital!).  They shoot a single roll of film during the course of a single day: April 21st, 2012.

The flickr pool is located here.  It looks like they will probably host this event monthly if you want to jump on the bandwagon next time around, it's easy enough.  As my dad says, "It's only film!"

I couldn't resist joining in on the fun since I love photography and my DH participated in the last round of it.  I will confess I was a tiny bit jealous of all the fun he had.

So I jumped into the fun with both feet.  I loaded my film camera with some black and white film, so will need to wait for a lab to process it.  I'll let you know when I end up posting it.

I did during the course of the day happen to encounter some interesting things:

I couldn't help but pick up a little yarn during bullet item 1 above.  I'm planning to make hats, not that anybody would wear them in this crazy heat we are having!


If you want to see a really adorable quilt idea, check out Julie's post on Herding Cats over at My Quilt Diary.  Her design of this is very Escher-like, and just beautiful.

Who's going to the Seven Sister's Quilt Show next weekend in San Luis Obispo, California?  Probably not me, but would love to be there.
Posted by Marisa at 10:36 PM

Ah, the Seven Sisters Quilt Show, I have fantasised about going to this event ever since I first read about it in my carefully hoarded copies of Quilters' Newsletter Magazine, many years ago. Back then it was THE quilting magazine to get your hands on over here, as what was on offer in the UK just did not match up to the quality and the fabulous photographs. This was in the days before easy subscriptions on-line.

I don't suppose it will ever happen, but at least I'll be able to do a 'virtual visit'!